As Tuesday was the last sunny warm day (it's been raining a little here and there since then) I decided to get the day off and work on Friday instead. It turned out being another fantastic day up there. They finally opened Palmer chairlift, after weeks of promises from the direction of the ski resort. I thought I would be the first one going up in the chairlift but somebody got faster than me, so I guess I am the second skier using Palmer this season, haha! After the ski journey I decided to check Trillium Lake. Apparently they opened the road a couple of days earlier. The lake was frozen 3 weeks ago but by the time I went it was nice enough to swim, and it felt great. Actually I jumped to the water twice. One of those moments when you can't believe how fortunate you are.
Now working straight until next Wednesday, when Anita is arriving. That way I'll be able to get the rest of next week off. And anyways it's raining in Mt Hood.
That's all!

I'm not very fan of selfies but I wanted to take a pic of my tracks, creating 8s. Second time I tried to create them, so much fun! 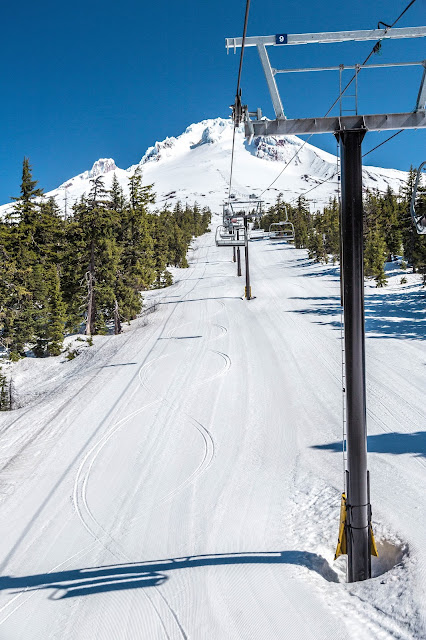 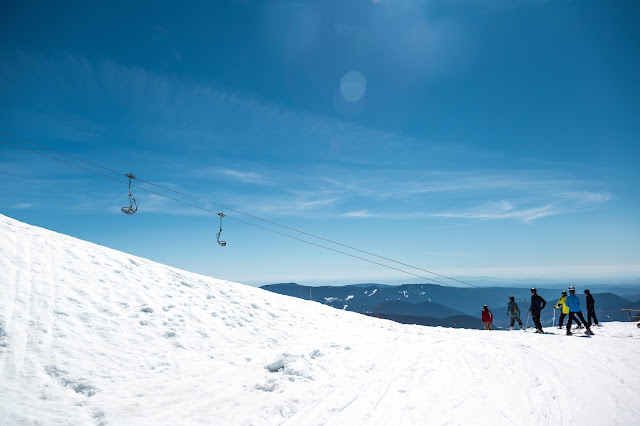 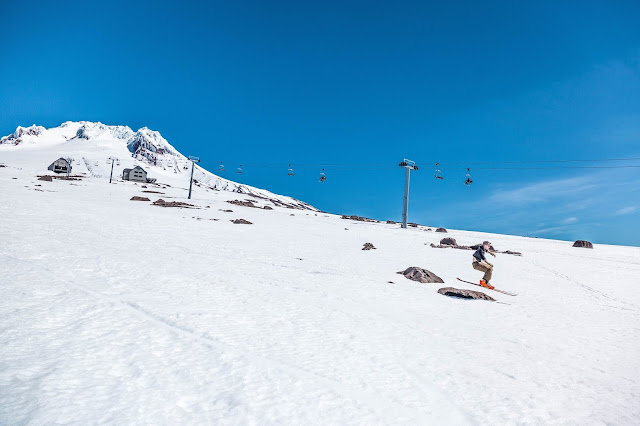 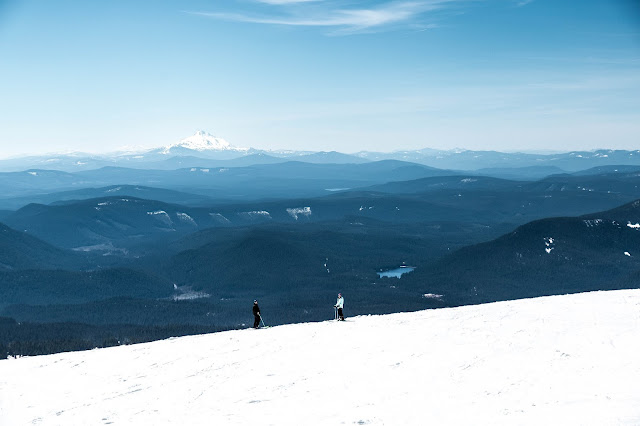 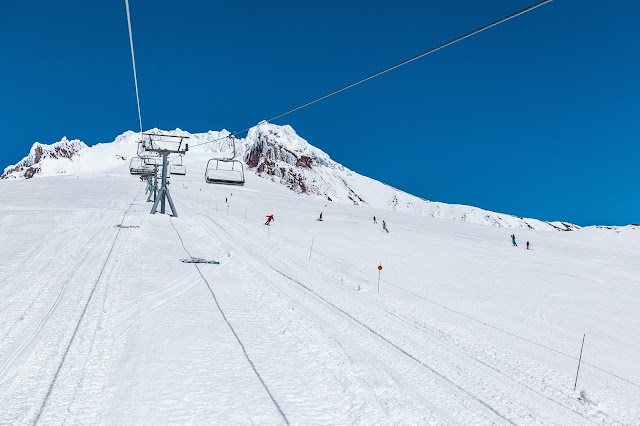 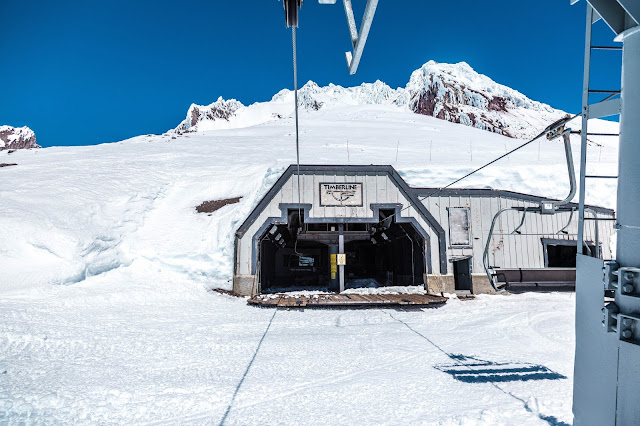 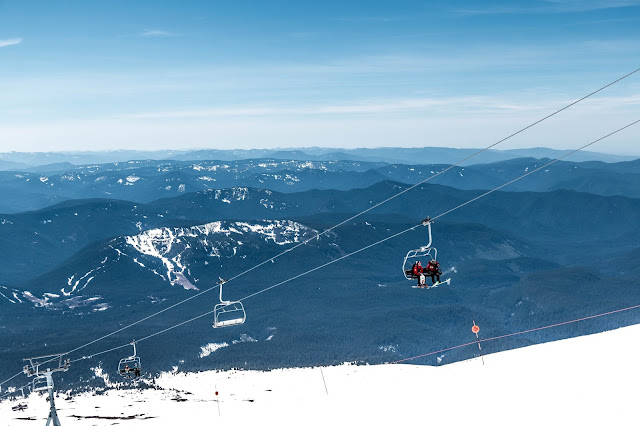 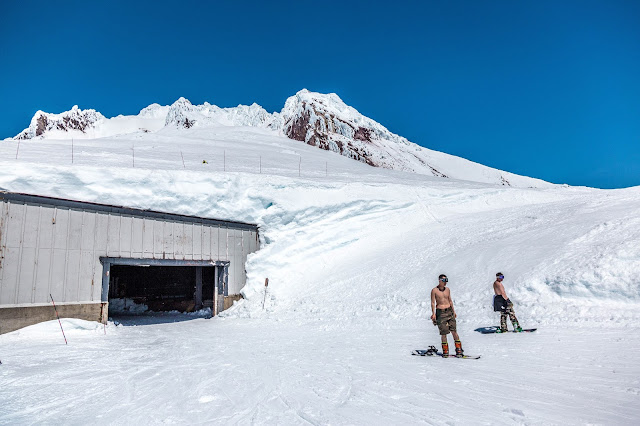 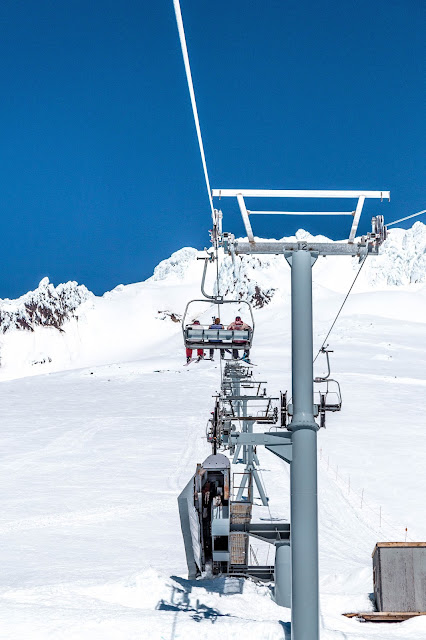 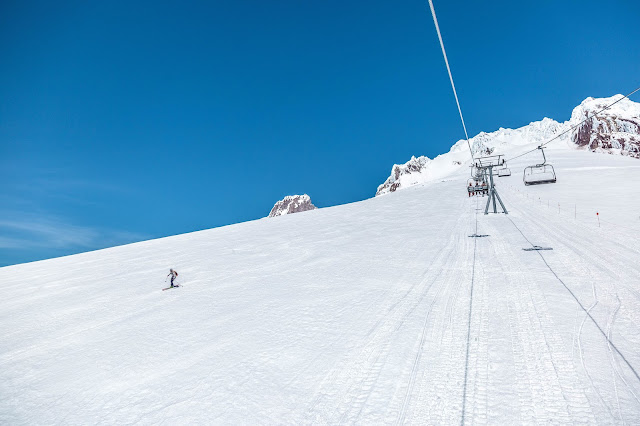 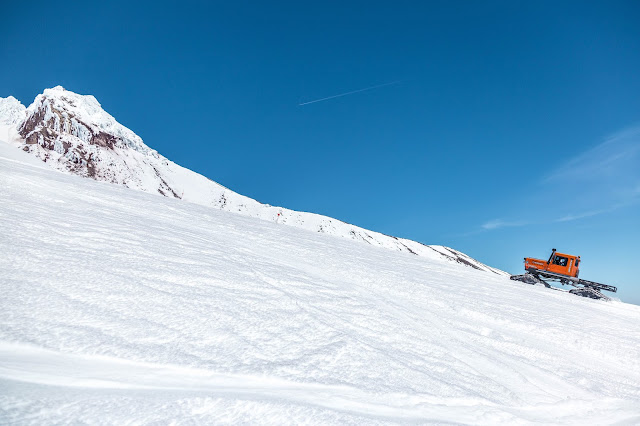 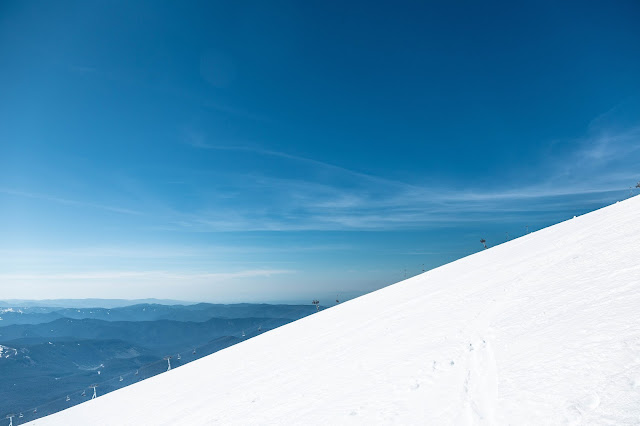 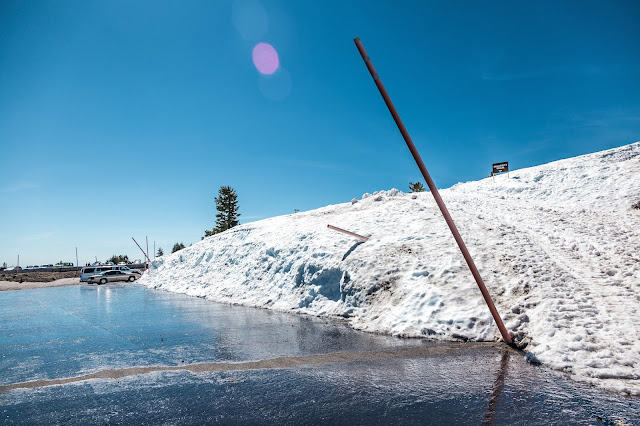 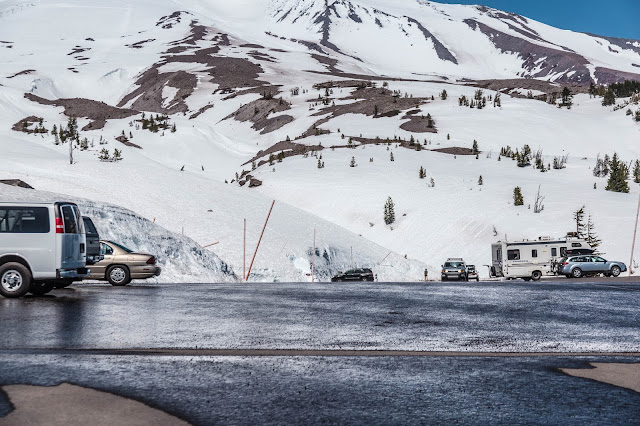 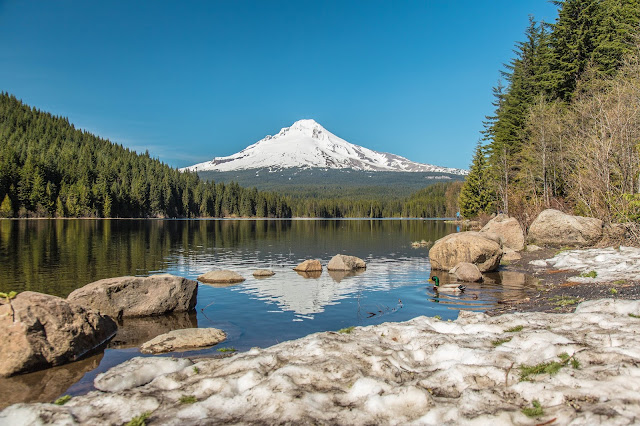 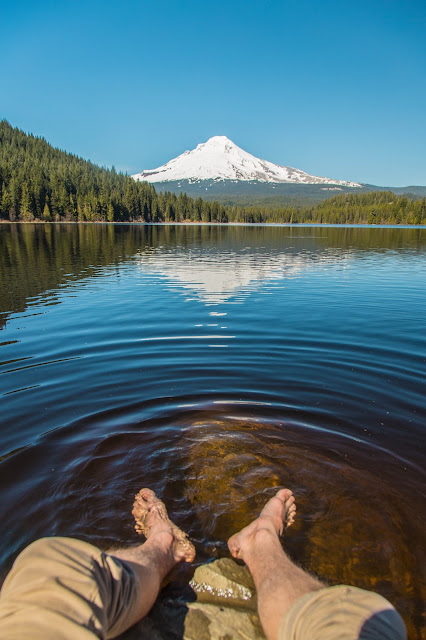