Another beautiful day in Meadows.
We started around 9. I did my first steps touring with the skins under my skis. I felt like Bambi in the ice but it was such an amazing feeling. I wanted to get to do it in the last couple of years but I felt like there was never time enough for it. Now with the season pass is super good to go relaxed to the mountain and don’t have to worry about doing as many runs as possible.
I did a mixture of everything but mostly skiing in groomed pistes. It rained 2 days ago and since then it hasn’t snowed more than 2”, so there was almost now powder at all. As the lift to the top of the mountain is still closed there are some really attractive slopes without any tracks, so today I decided to put on the skins under the skis and go all the way up. Well…I succeeded! And the run was super nice. I recorded it on the GoPro and I tried to upload it but the internet here is just absolutely miserable. I also took pics with the DSLR because it was sunny but I can’t upload them.
Here you have 2 screenshots from the run of the day. I have such a big smile right now!
Tomorrow snowy day. We’ll see… 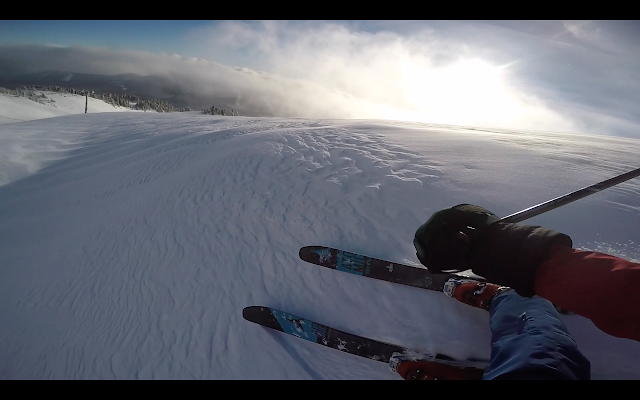 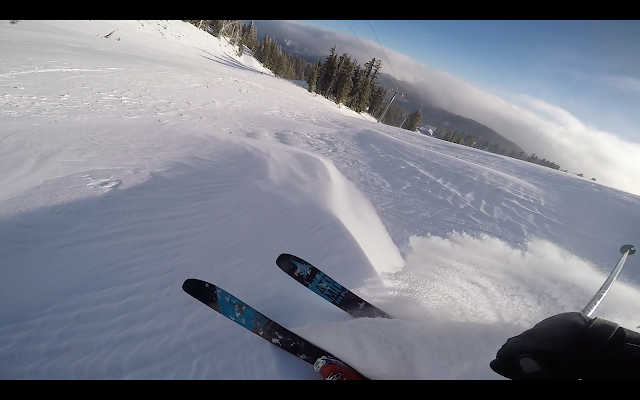