Super Monday. At 9am I already was in the lift line, waiting for a ride. Last night it snowed more than expected. That, together with the sun were the clear signs for a “no friends day”. But….they only opened two lifts in the whole ski area so the waiting time was pretty big. By the time I was arriving to a slope I decided to go it was already wasted by so many tracks. After some decent runs I decided to go to a small chair lift they opened and ski in a groomed slope. I had so much fun. I know it is a contradiction to have fun in a piste on a no friends day, but it is way more relaxing. That’s why I prefer to ski in spring rather than in a bluebird powder. Most of the people don’t understand me on that but for me it’s pretty simple: You avoid all that stress of racing others for opening tracks. In spring no matter how many people (if there are) went on a slope that the tracks won’t modify the snow.
Anyways, after skiing in piste I went for a small hike to get some fresh powder with no tracks. It was so peaceful (the hike) and so short the run hahah
It's been a marvelous day overall. Skiing from 9 to 3 feels pretty safistying.
I guess I’ll go back to the mountain on Friday or Saturday but we’ll see…no rush!
Now time to work hard, super motivated! :-) 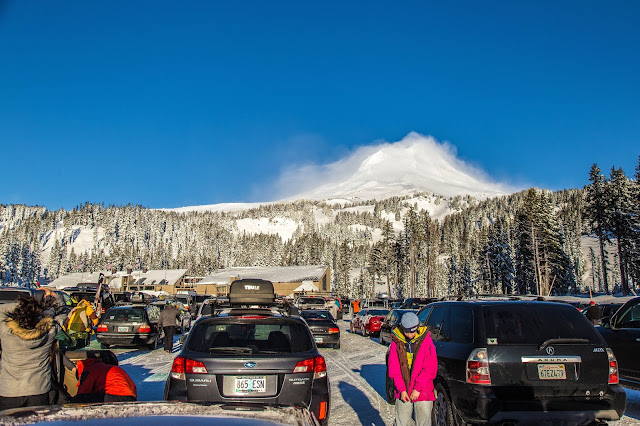 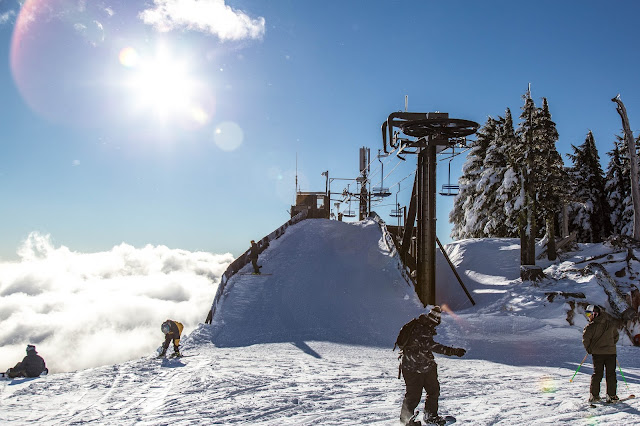 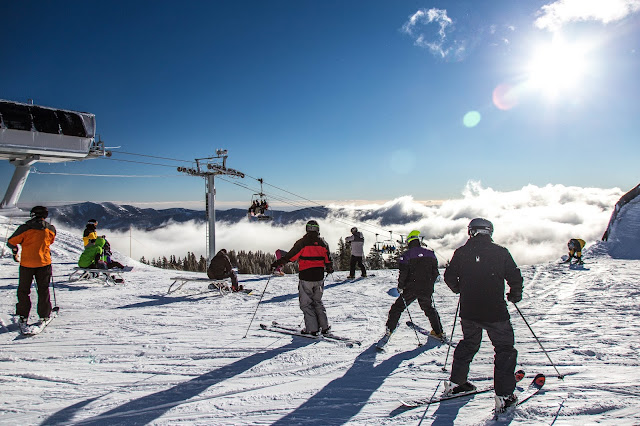 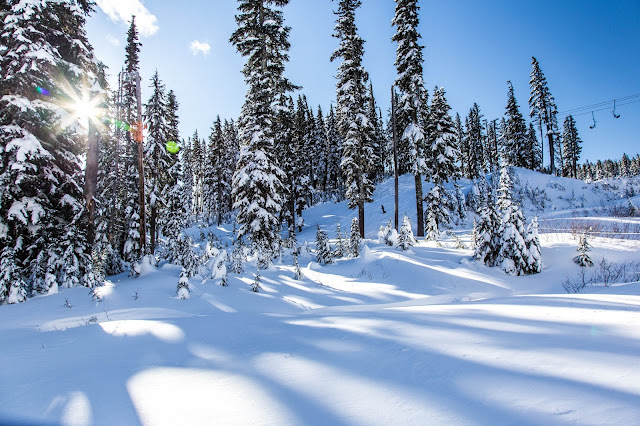 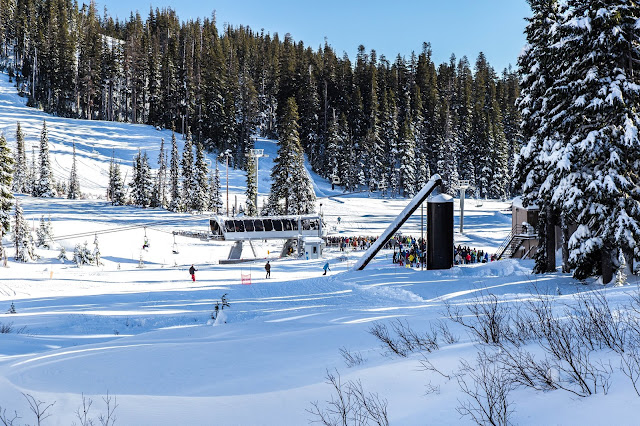 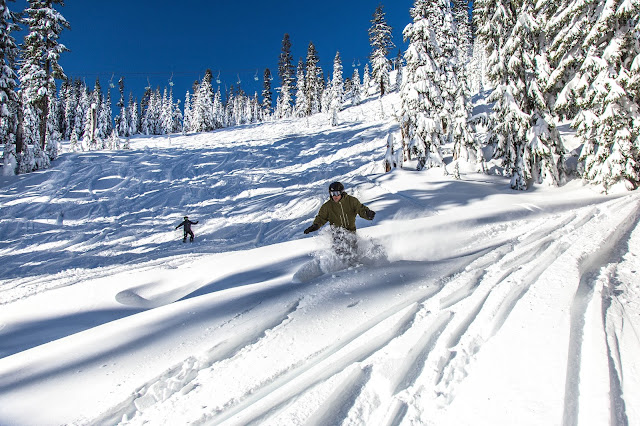 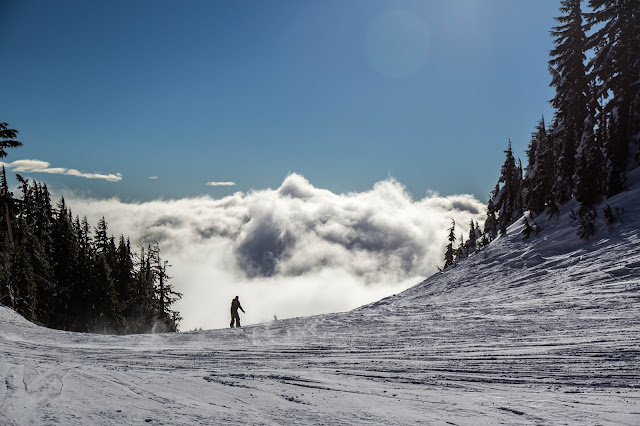 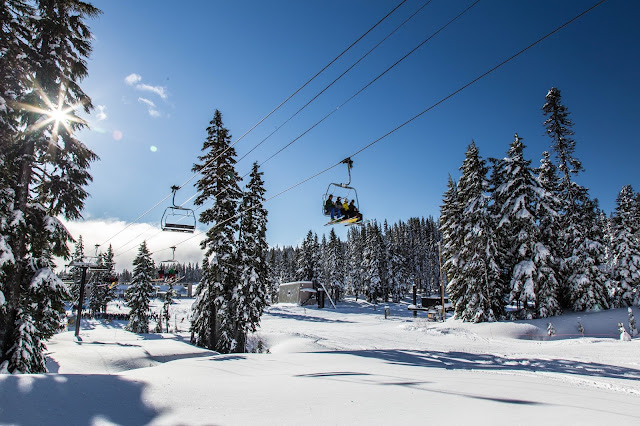 Hiking for some fresh tracks 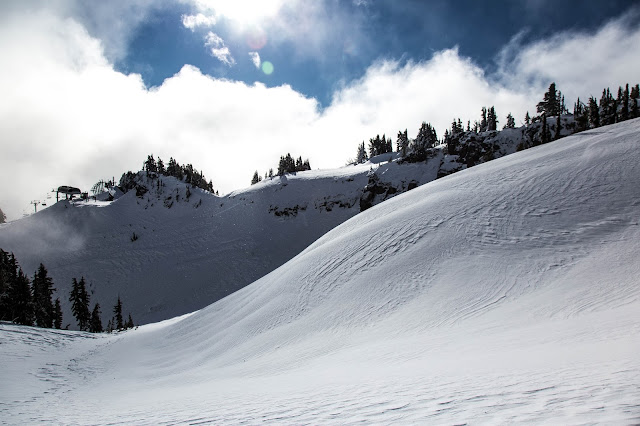 That was my signature of the day in the mountain 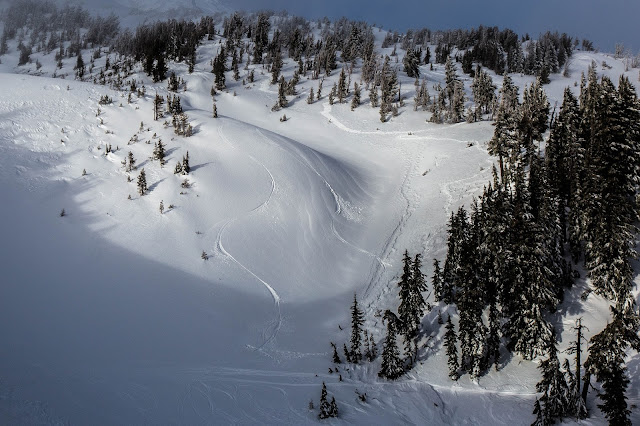 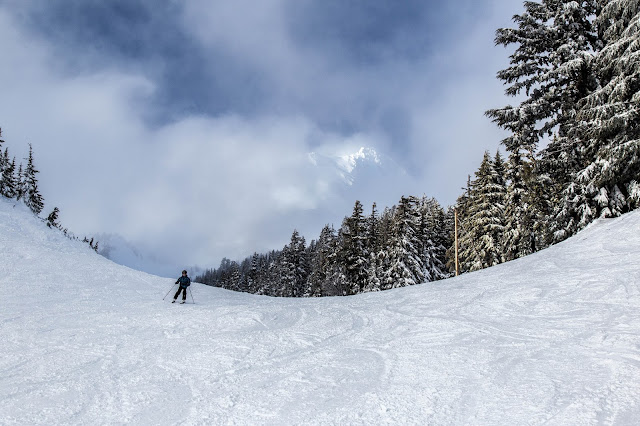 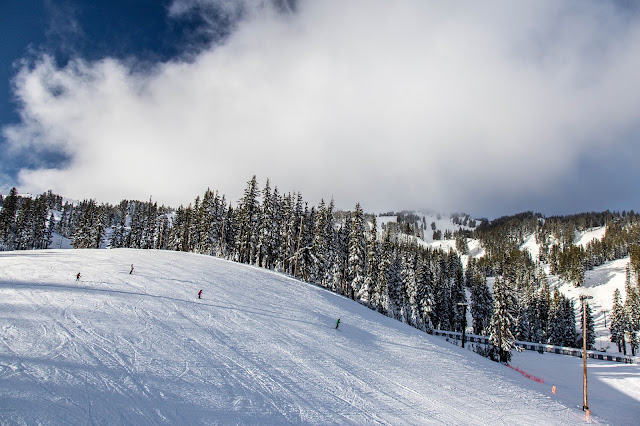 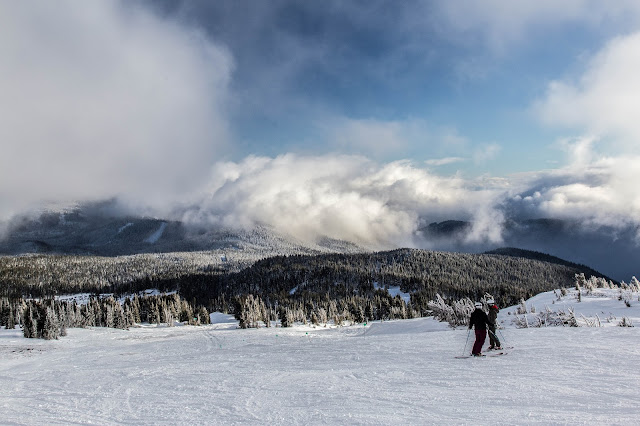 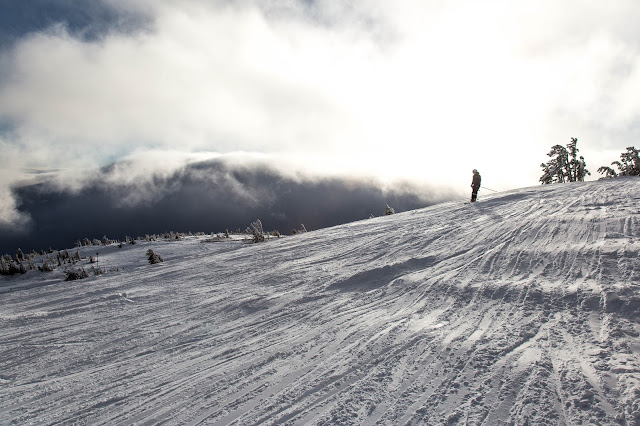 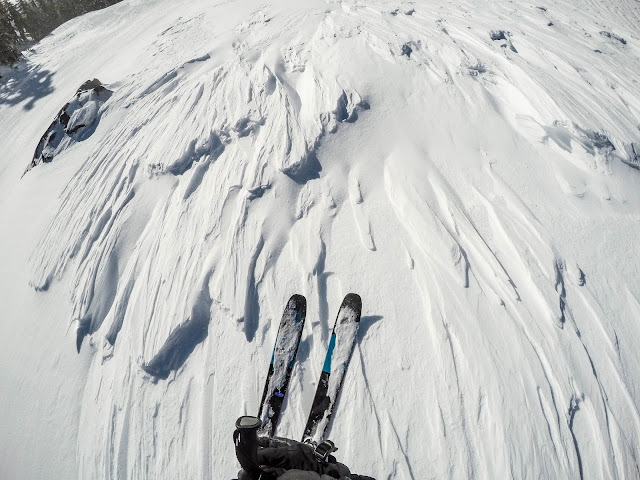 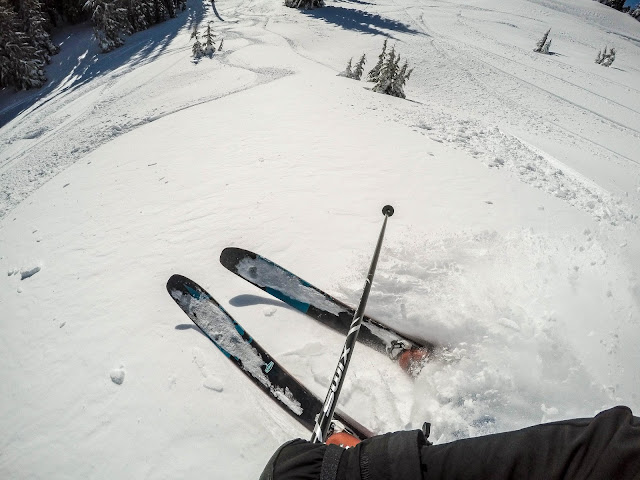 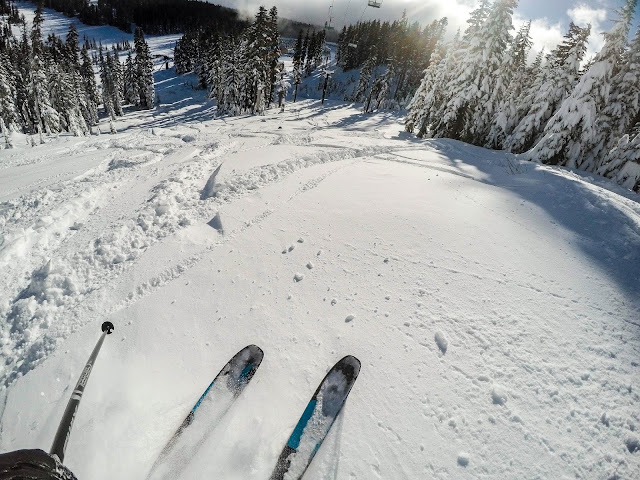 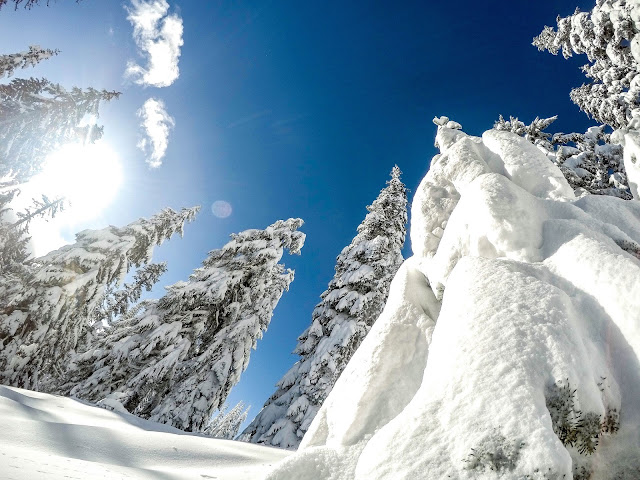 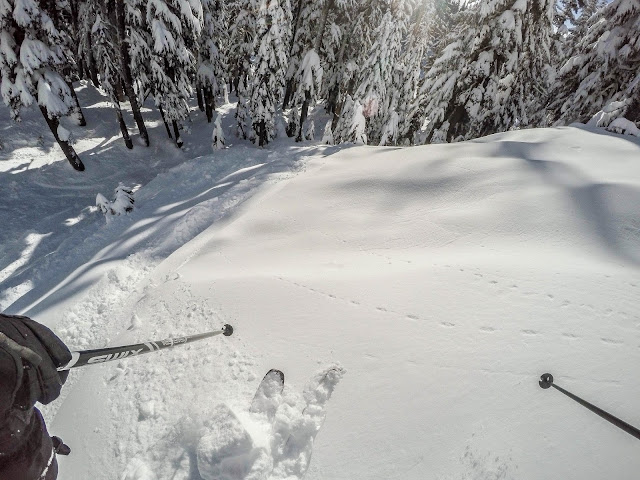 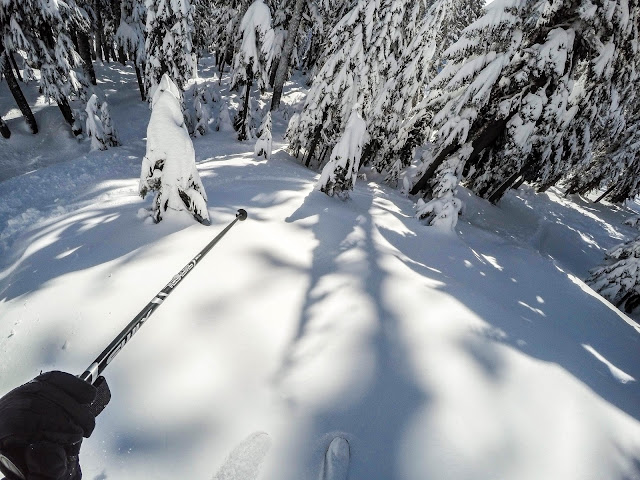 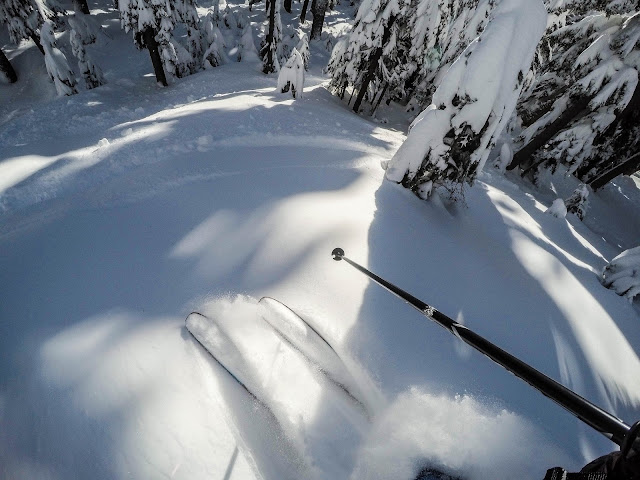 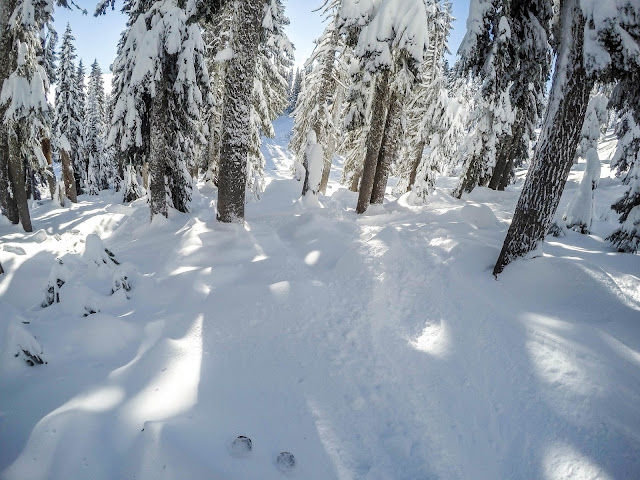 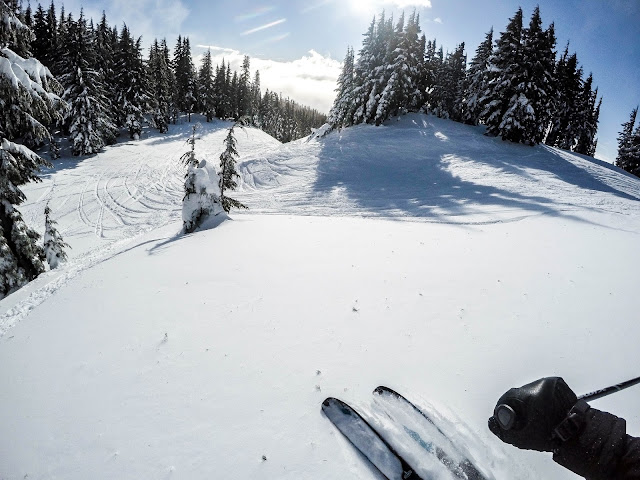 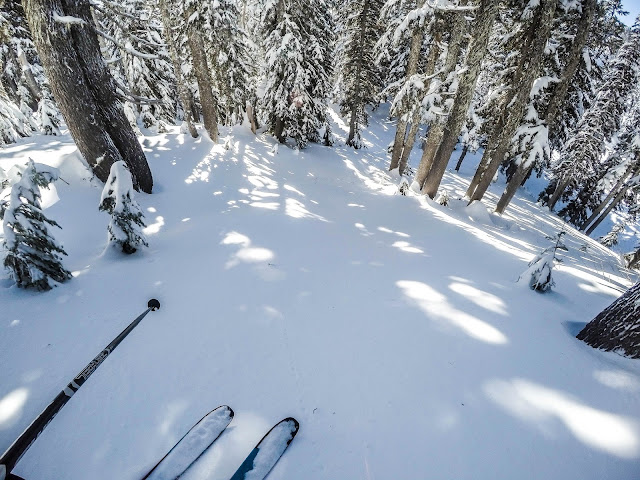 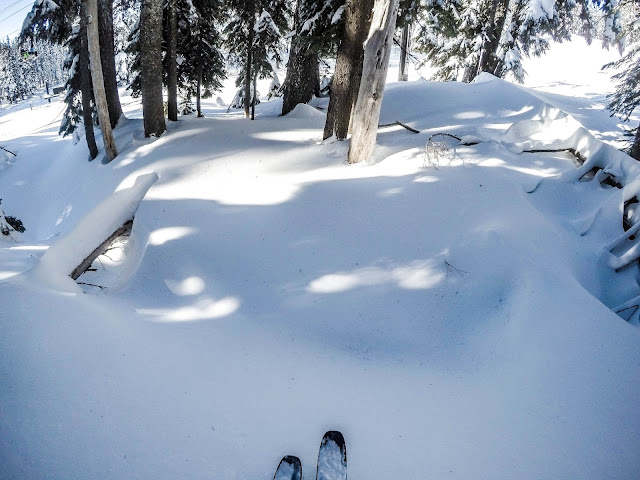 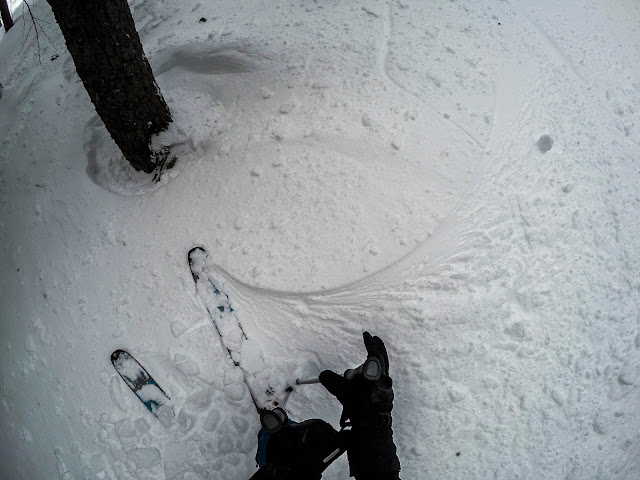 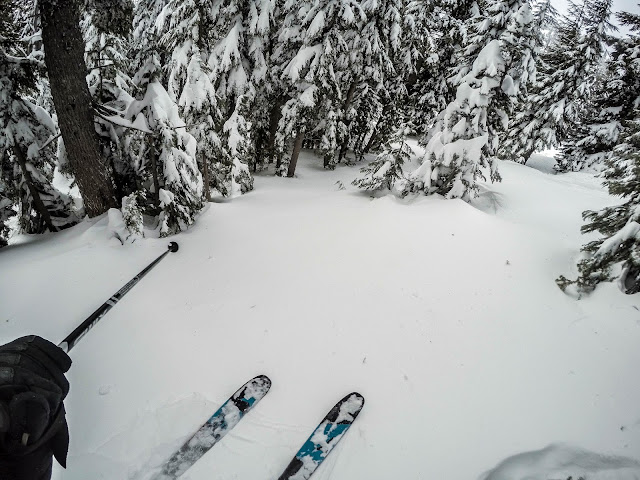 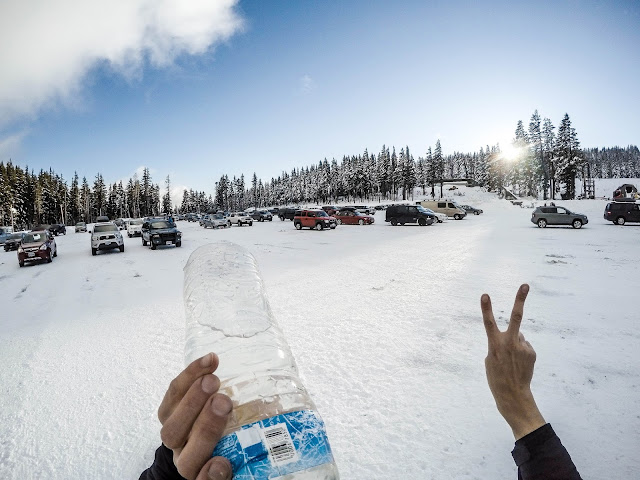 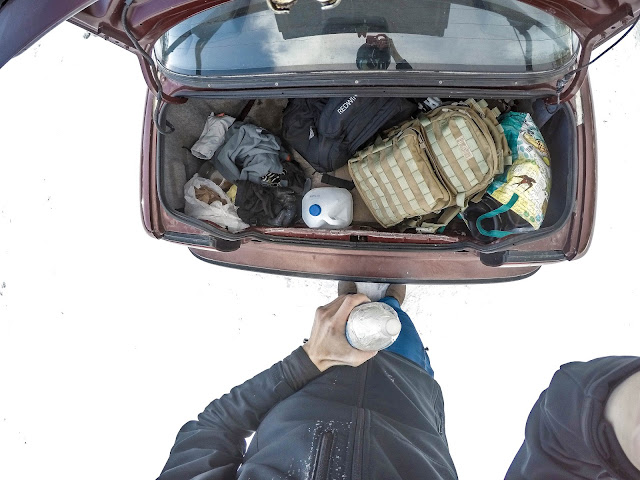