Here we are again!
Last night (Saturday night) I went to sleep without knowing if I would ski today but I woke up at 6:15am, checked the snow report (it snowed 20cms at night) and by 6:45 I was heading to Meadows. The road was covered by ice. I tried to drive without chains but I started to slide a lot so I just put them on. I also did so deep driving tests, super fun. The traffic was terrible, so many cars without grip (4x4s with summer tires), but by 10am I was skiing. No worries at all. Super god to have a season pass and don’t having to worry about getting as soon as possible.
Today the sun finally came out and it was glorious. Also, the snowfall made its job and so many places got covered. It’s a little bit crazy, so much snow without a base. I felt a couple of times and I had a hard time to get my skis, I was sinking in the snow. After some runs taking pictures the sun said “bye bye”. It found a nice slope between trees. I went 7 times in a row until there was no virgin powder. By that time it was 1pm. I decided it was time to go home.
Well, somebody’s not going to the office tomorrow! :-)
I hope the forecast is right with the sunshine! 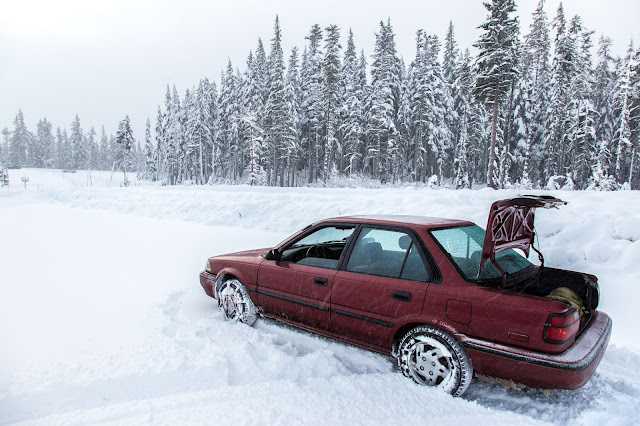 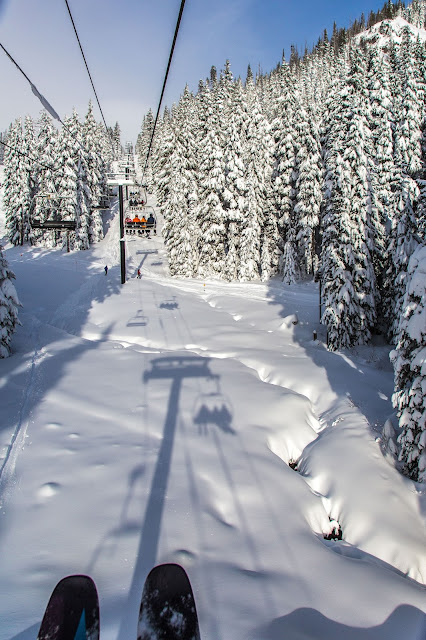 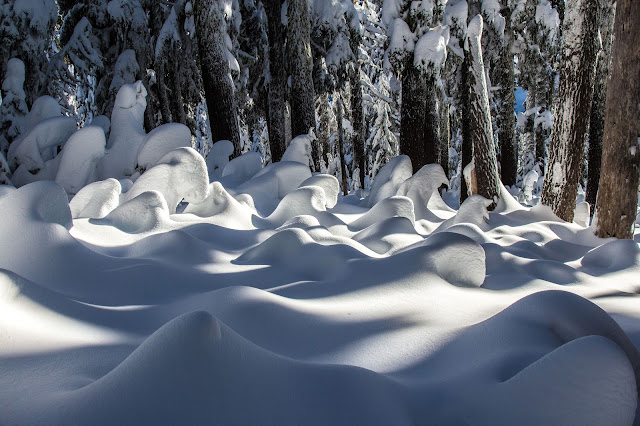 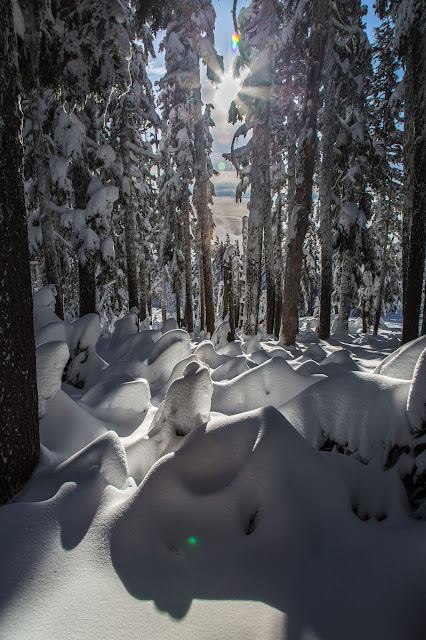 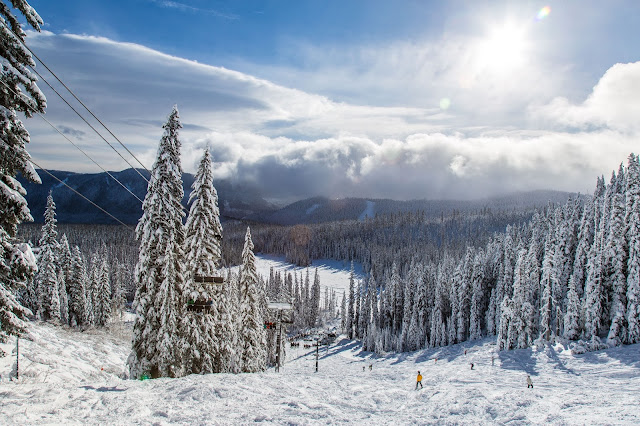 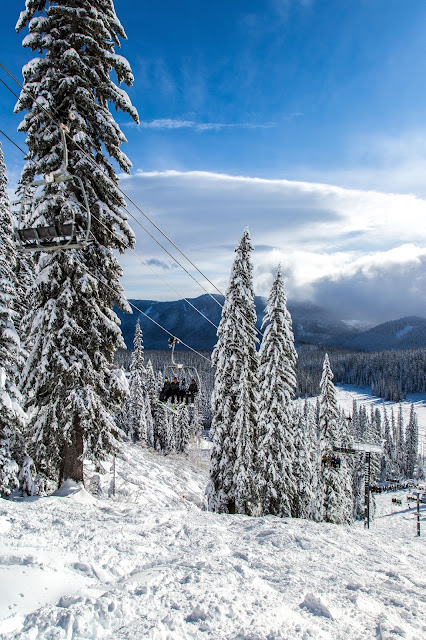 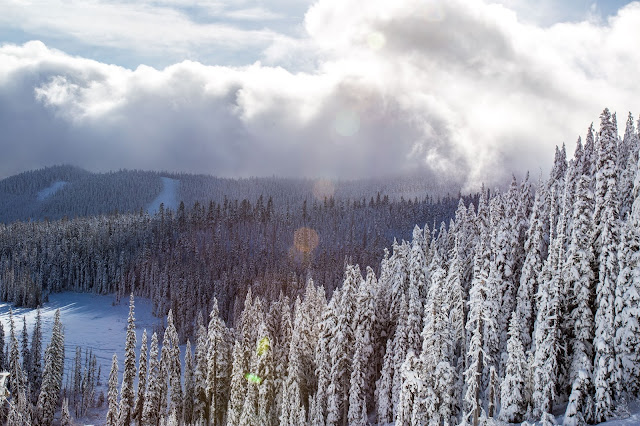 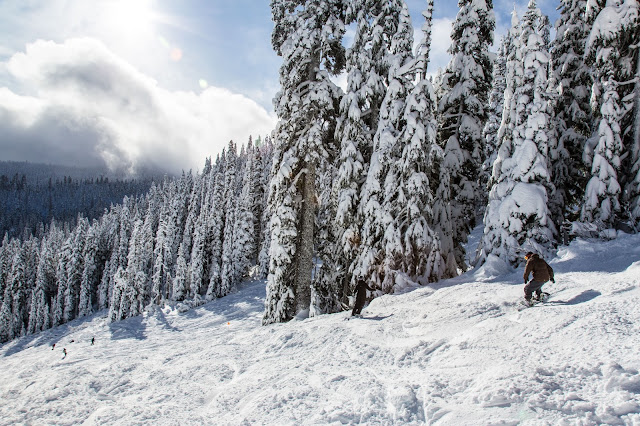 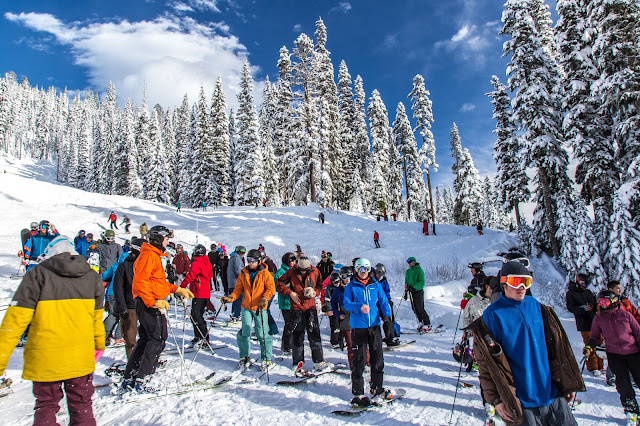 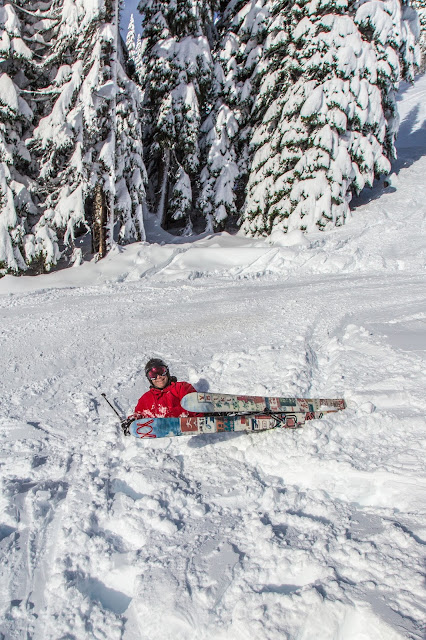 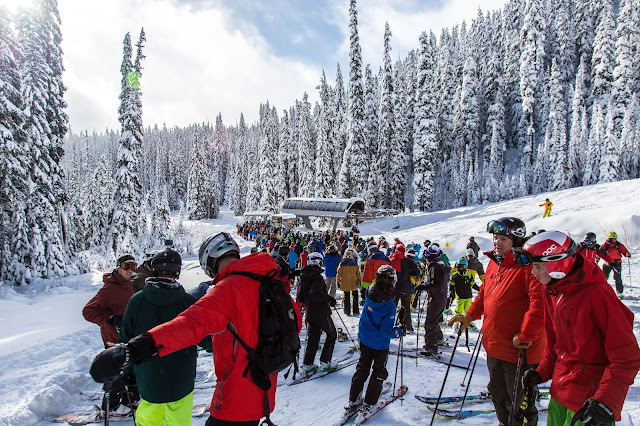 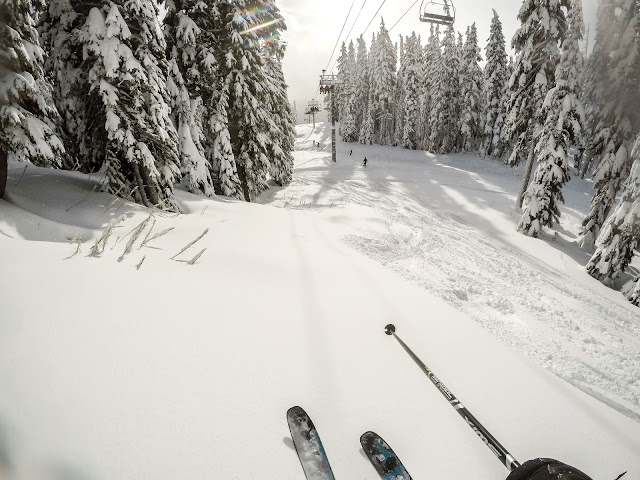 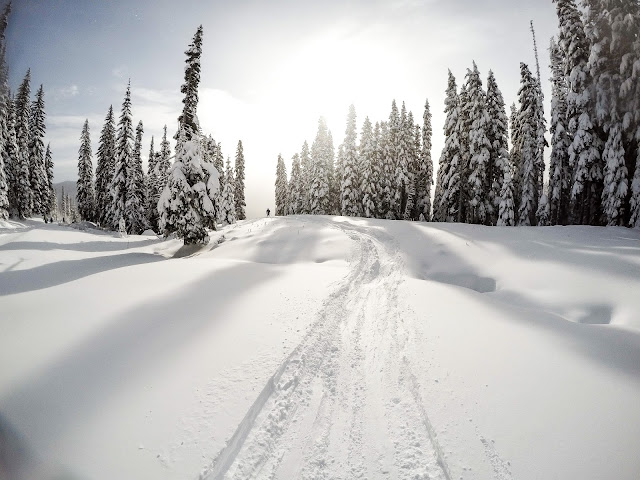 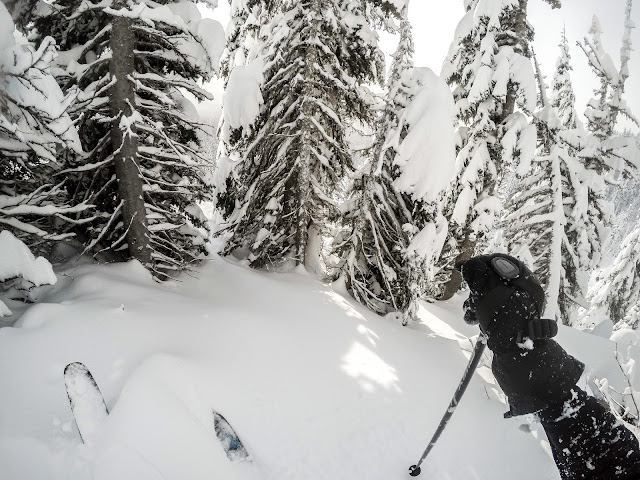 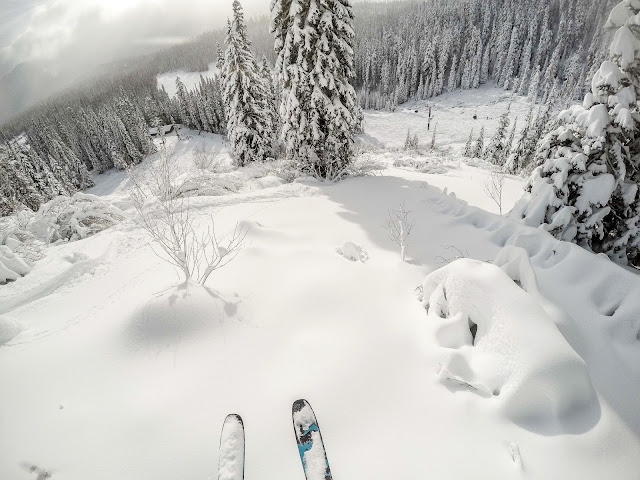 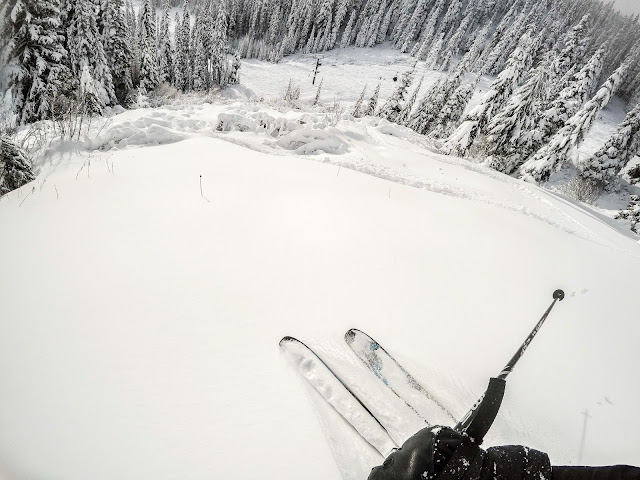 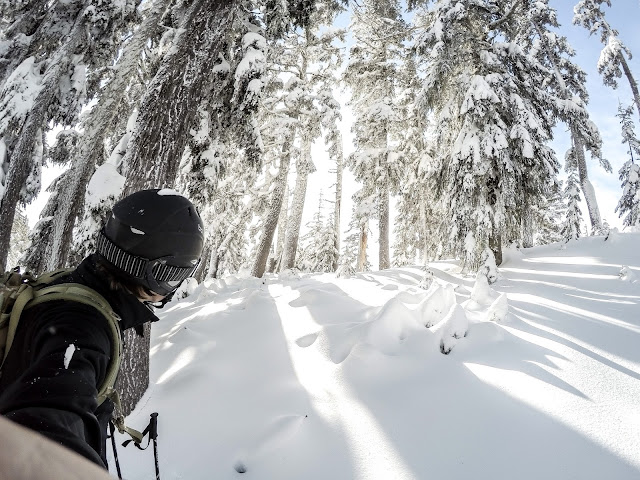 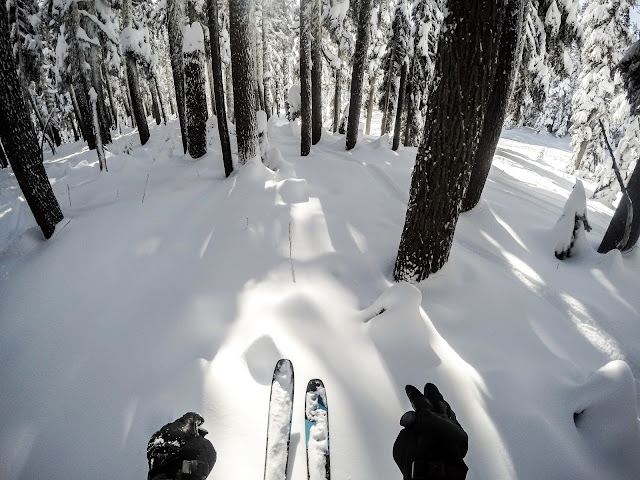 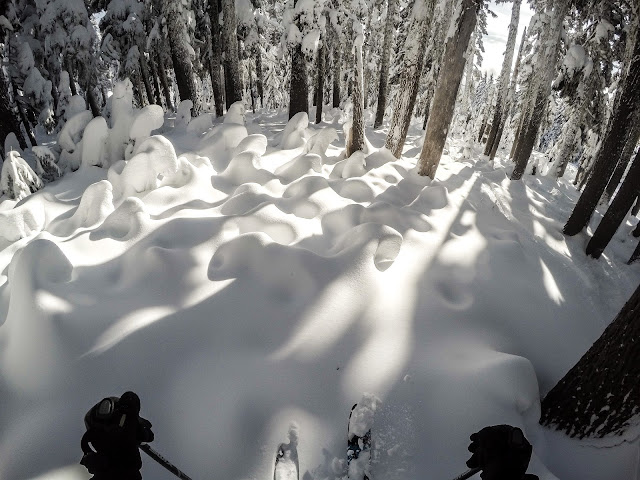 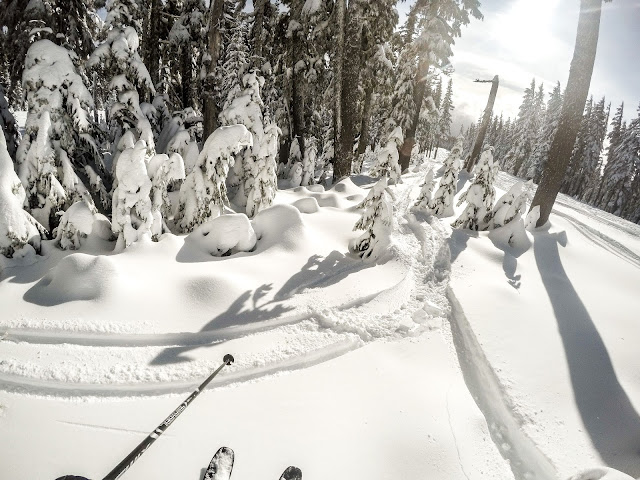 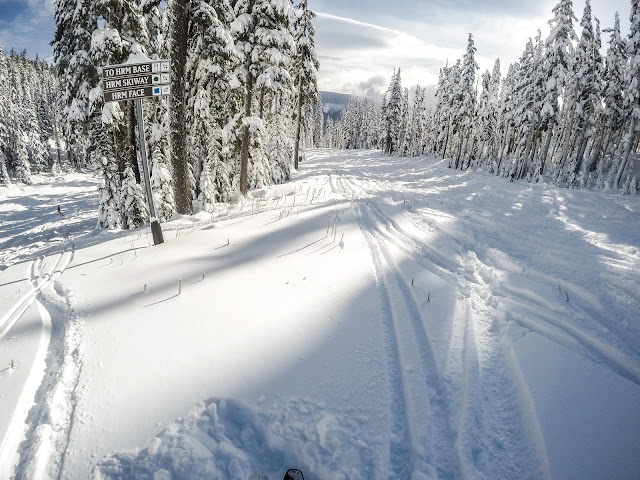 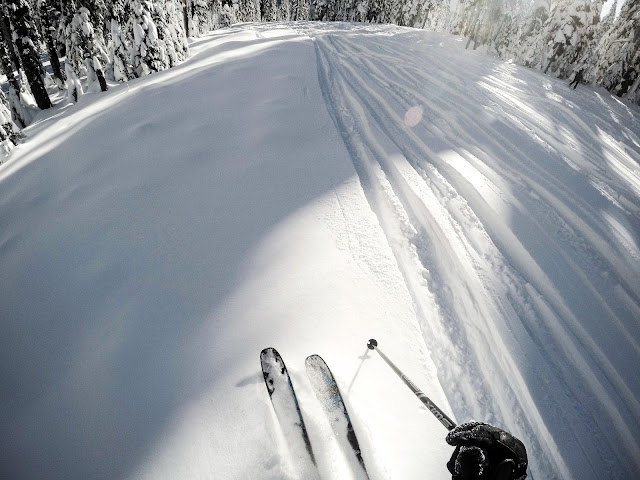