Well, finally skiing! Despite having slept like a baby last night (finally) this morning I was super nervous, in the level of not being able to have breakfast. So, by 6:45 I was in the car. I was pretty scared about driving my car in the snow. Everybody has been trying to warn me about the difficulties of driving in Mt Hood in winter so I was worried about not being able to drive. Anyways it turned out that the winter tires work perfectly in my lovely old corolla. It goes really good in the snow. I would say that better than most of the front wheel drive+snow tires cars I’ve driven so far.
By 8:30 I was in the parking. I expected to be emptier but still it was nice, although I didn’t like the strong smell of weed, but well…we are in Oregon!
When I was in the line to get the first lift I started to talk to a family. They were so nice that I spent the whole day skiing with them. All of them are ski racers and the father is an ex-instructor of the ski resort. The’ve shown me all the slopes and off-piste places of the middle-low part of Ski Meadows. The upper part is still closed. As they haven’t stop for a moment I haven’t almost had time for shoots, but it was snowing strong so it wasn’t the best day for that.
The new skis feel a little bit weird, but hopefully I’ll get used to them. The boots are simply great. The snow was good, powder in the morning and then just hillocks everywhere. There’s still lack of snow in most of the resort, but I’m glad I didn’t scratch the new skis! :-)
Tomorrow back again. I think I’ll be teaching to kids. We’ll see… 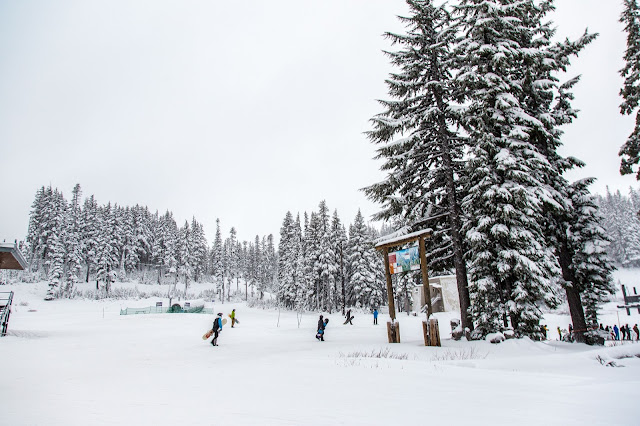 Just in the moment they opened the lift, at 9am 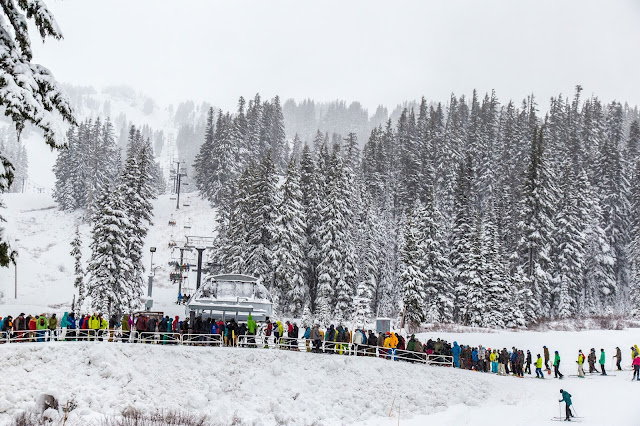 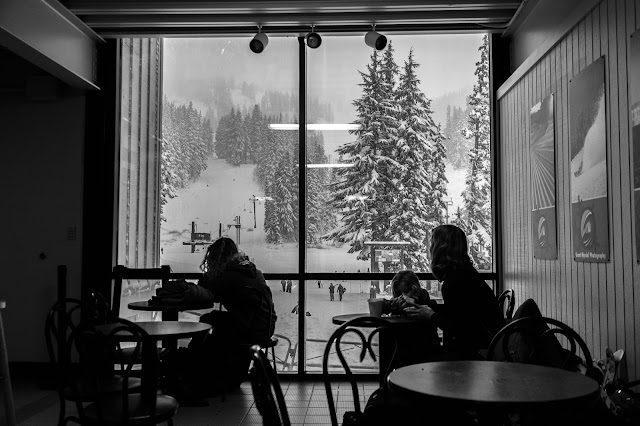 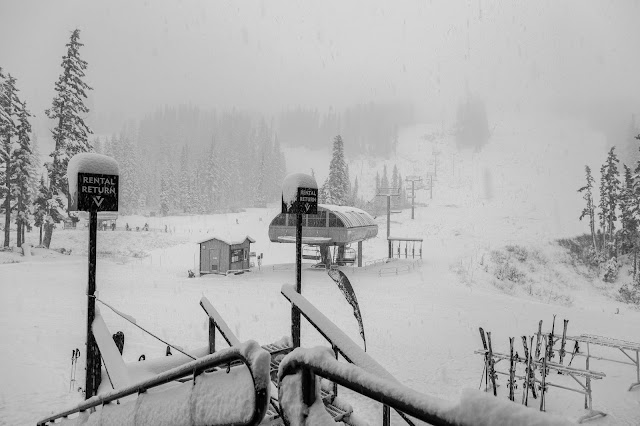 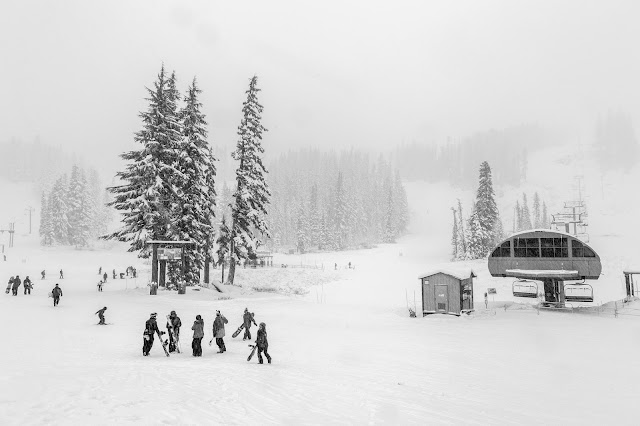 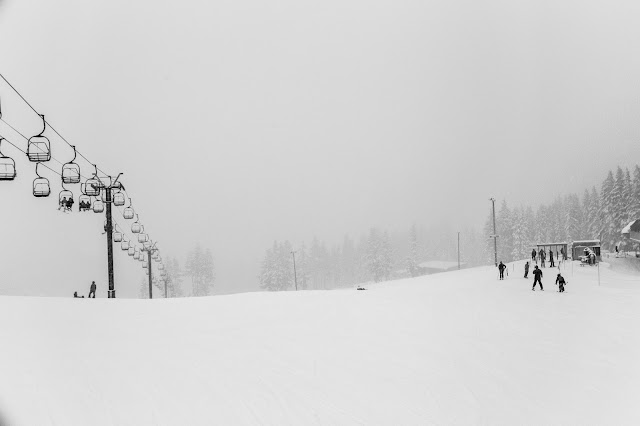 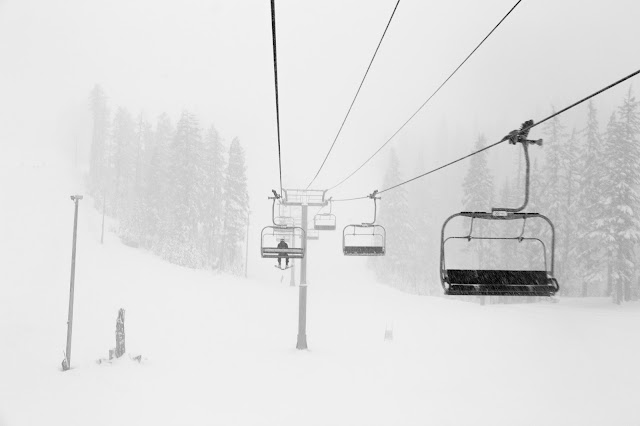 I took the GoPro and set to take pictures every 2 seconds. It turned out that I missed a lot of decent moments. Tomorrow maybe every 1 second 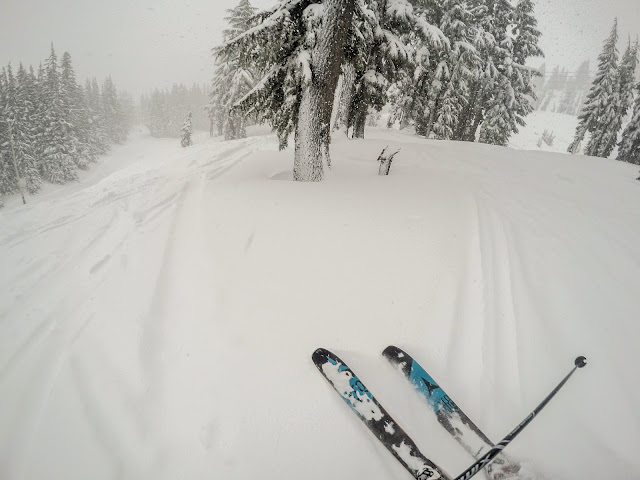 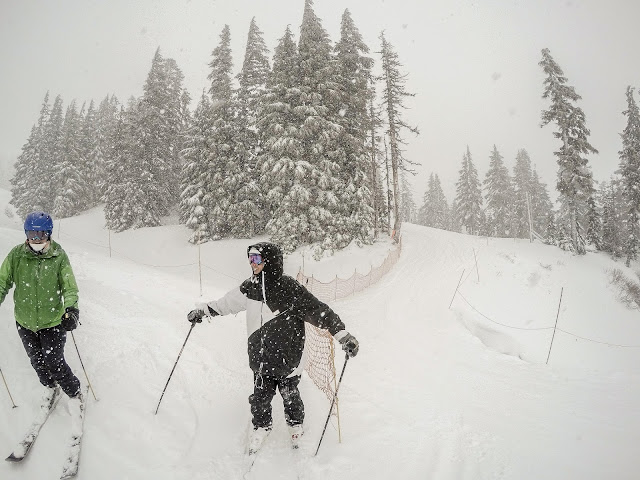 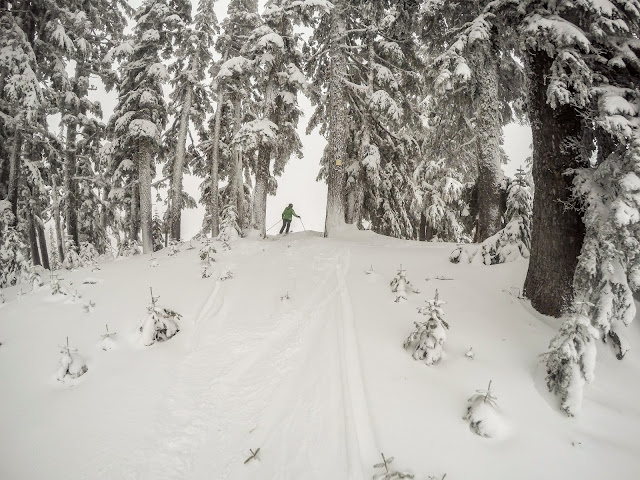 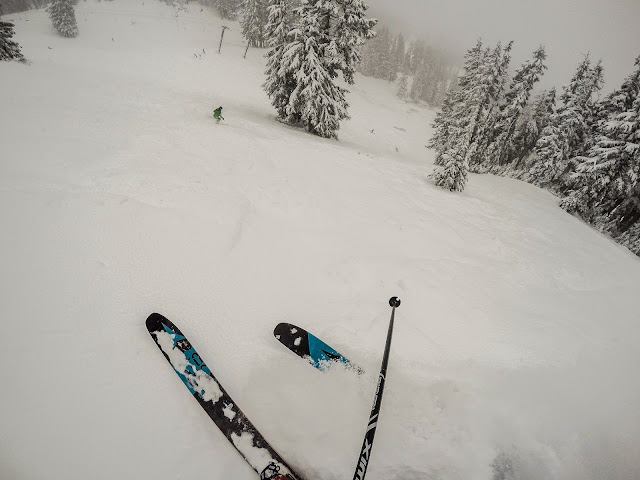 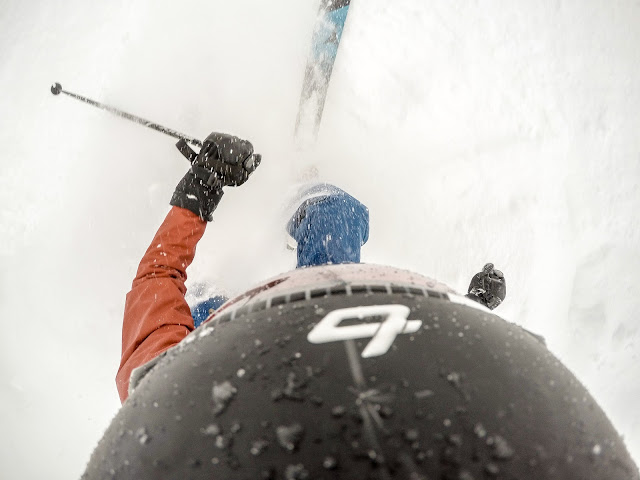 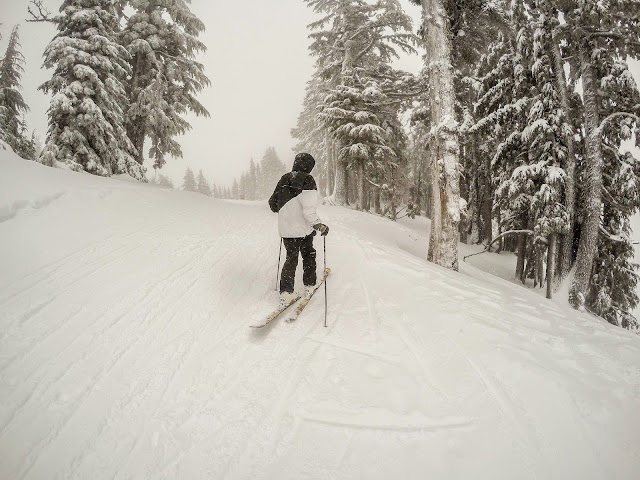 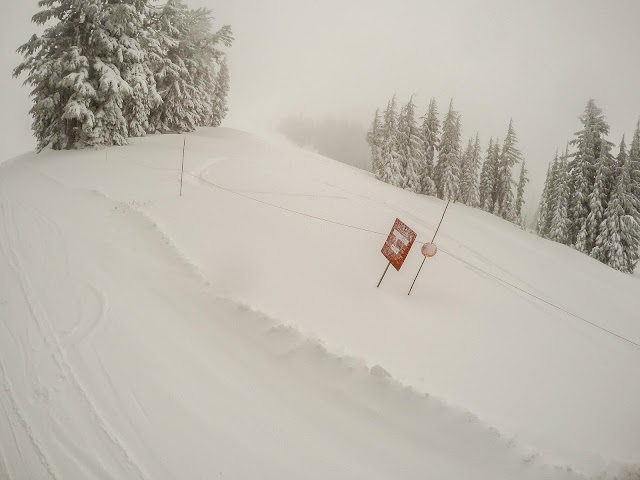 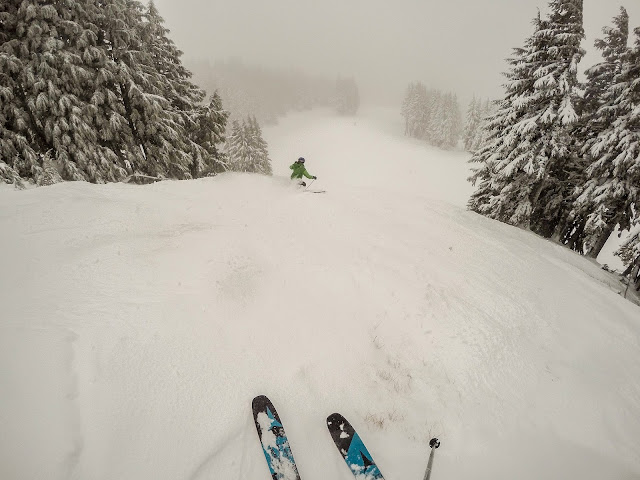 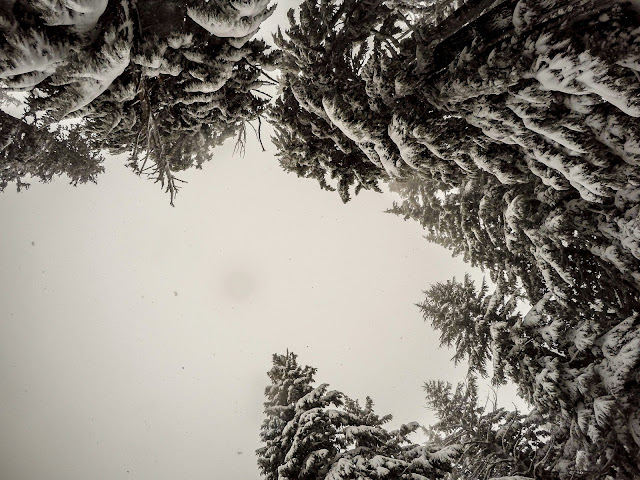 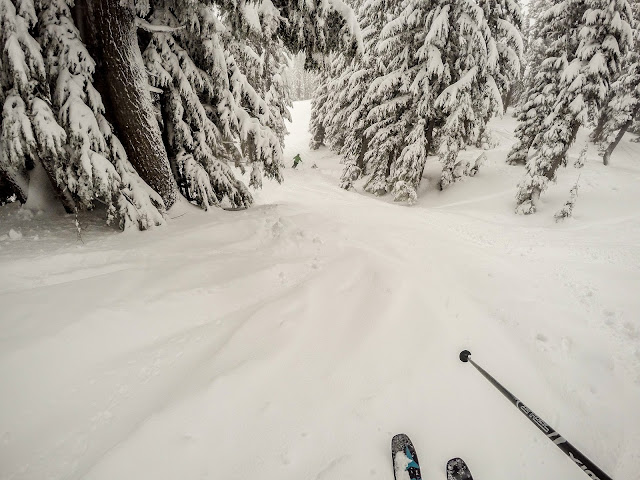 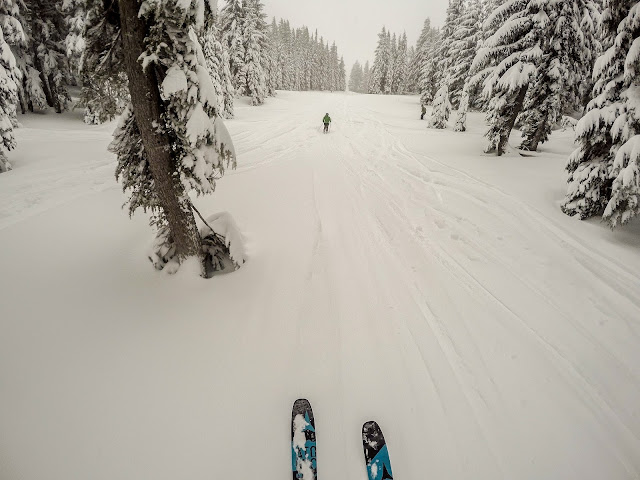 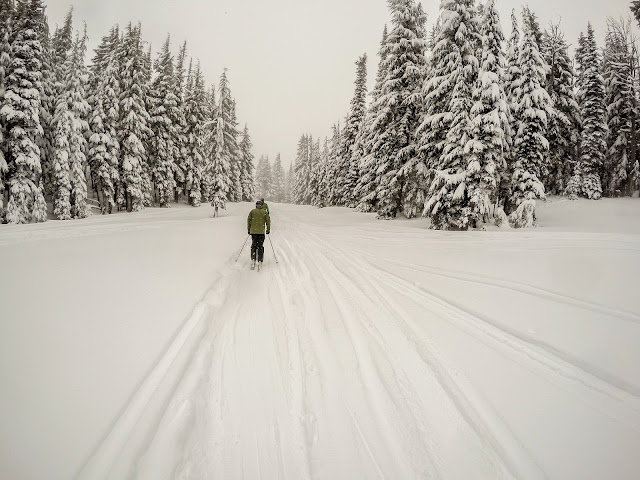