Well, today I was doing my routinary Instagram check when I found the pic below. I thought: wow! this picture looks familiar to me, I have a similar one, but I thought, well... the cameraman of Albee got the same shot.
But later I went to my post (http://www.superzuri.com/2015/10/albee-layer-surfing-in-oregon.html) and realized that the picture looks the same as mine, I mean as bad as mine cutting the superior part of the big rock and even with the same editing. Then I remembered that in that moment I was far from the cameraman, so the angle of the shot should be different. At first I thought it was impossible that they stole my picture...but you can judge by yourselves. It's so weird!

UPDATE: I receive an answer from Dakine. They changed the author name in their Instagram account and they've offered me a compensation for the miscommunication.

Oh nature...she and @_themanchild somewhere in the Pacific. Aloha Friday and cheers to staying lost in pursuits wherever they may lead.⚡️ #DakineTrusted Photo: @takeshelterprod
A photo posted by Dakine SURF (@dakine_surf) on Nov 13, 2015 at 8:42am PST

And here is the rider Kain Daly, who also took it without any referral

Another jaw dropping location from our #ColdnLovable trip || @johnjohn_slater @takeshelterprod
A photo posted by Kain Daly (@_themanchild) on Nov 3, 2015 at 2:13pm PST 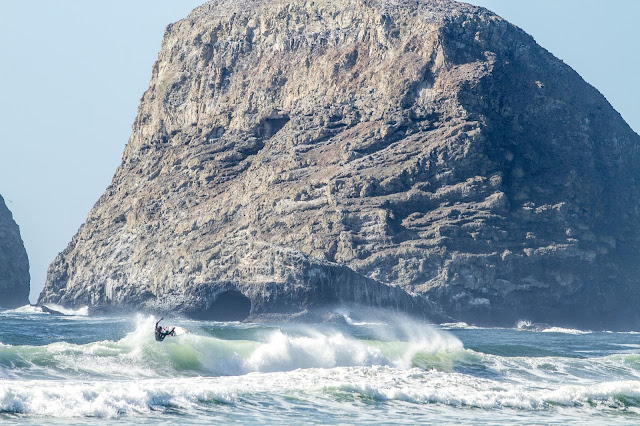