Today it's been a very atypical day, but the way I like the most, not to fall in a routine.
I did my Internet process as every morning, then I went to the car inspection. Until 10:30am I was searching new companies, until Matthew called me. His surgery has been so fast. So I picked up him and we had lunch in the hospital. That cafeteria is great. We go there once a week. Good and cheap food. I love it. So after that we headed to Fred Meyers for the drugs for him. He took an electric car and he was saluting everybody as the pope, pretty fun.
In the afternoon I had a second lunch and I checked the surf champ in Teahupoo. Glad Medina didn't win :-)
Then a friend of Jim came home and we cooked Thai soup. It was delicious. Super nice.
Suddenly a kid knocked the door and asked me "do you code?". I said "yes" and he replied "let's code". He was just 9 years old. I told him "when I was your age we didn't have internet and I almost didn't touch the computer at all". That's how fast technology is changing. Scary!
Now planning what part of the coast explore tomorrow. Excited! 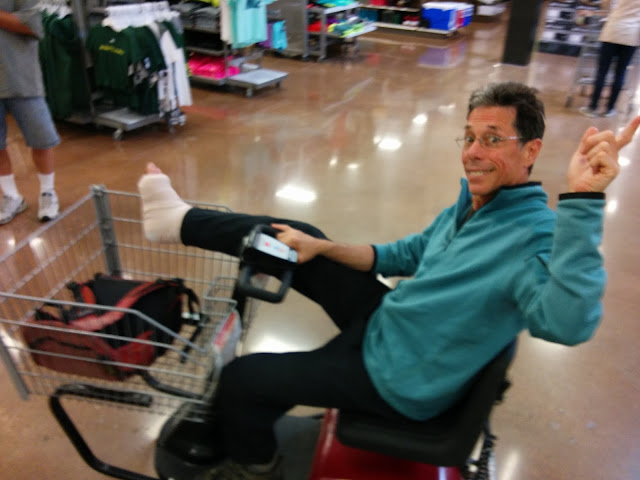